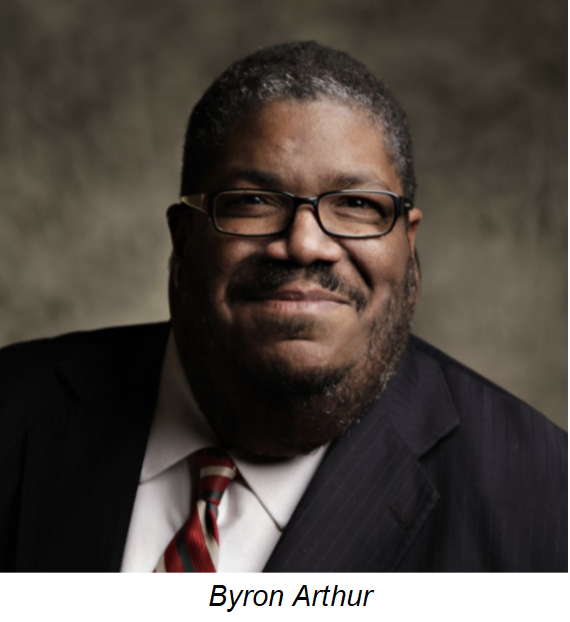 “That was my mother and she had a gift. She had a gift with young people. I’ve never seen anyone work magic in a room of children in the way that she did. She demanded the very best from them and they loved her for that,” he says.

Since she passed away in 2012, Byron Arthur has been figuring out how to build a school that felt like her classroom did.

After many years of preparation, the Delores Taylor Arthur School will open for 9th graders in Gentilly Terrace in August 2021. It will be a public, open-enrollment high-school school with a unique focus on educating young men. 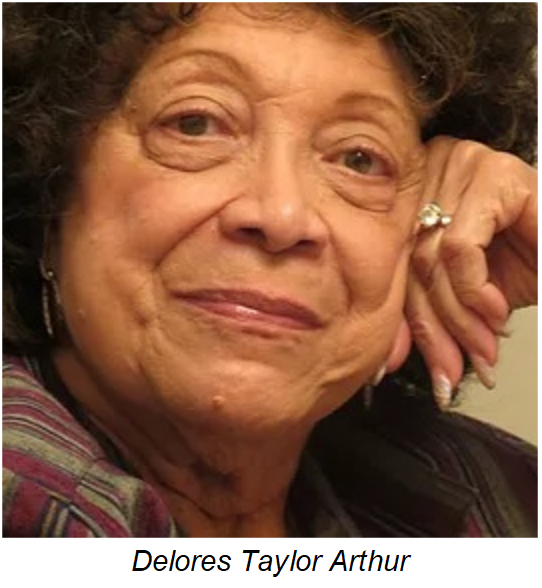 Byron Arthur has degrees in law and political science, and has worked in various roles, including decades in education. For many years, he directed the debate and speech programs at Jesuit High School of New Orleans and Holy Cross School, and in 2016 he was inducted into the National Speech and Debate Association Hall of Fame. Moved by research about the positive impact of debate on students’ academic success and engagement, he has crafted the curricular model of his school around “debate, deliberation, and dialogue.”

Arthur is confident that this engaging environment will help build a school that is full of energy and life.

Classrooms will be arranged with desks in circles instead of rows, and students will be able to engage with one another through frequent projects and debates. 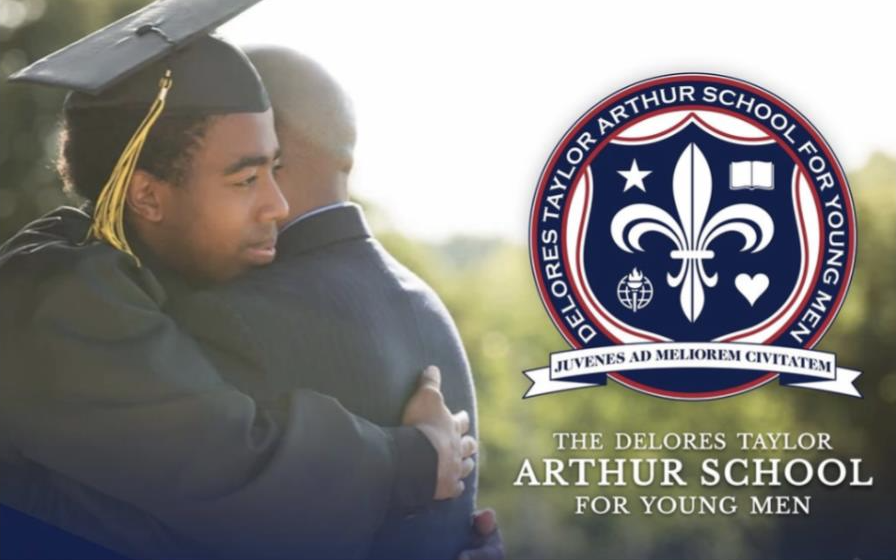 “When you’re studying economics in Civics class, it’s one thing to learn about the economy and it’s another thing to look at the systems of the economy and think about what the competing values are behind it….to figure out what you think is good and what you think is bad. You do the research, and gather the arguments, and then you have lively discussion,” Arthur explains.

Students will have frequent opportunities to express themselves, share what they believe, and speak their mind. Every ninth and tenth grader will take a speech class that includes debating, logic, and rhetoric.

This engaging environment, Arthur hopes, will lead to academic success. The school will hold a high bar of rigor. Part of helping students reach it, Arthur says, will be insisting that the faculty believes they can.

“We have to be ready to demand the very best from our students…the thing is going to be looking at each one and saying ‘here’s where you are, let’s chart a path to where you’re going to go. And where you’re going to go is not about a LEAP test or some other assessment. It’s got to be more than that. You let students know that you’re confident that they are capable of something great. And then you have to demand that of them.”

Arthur believes that students are more likely to thrive when they feel known and cared for. The school will be organized into fifteen “houses” which are, as he puts it “another place to belong…like homerooms, but better.” A student will stay in the same house for all four years in the school. 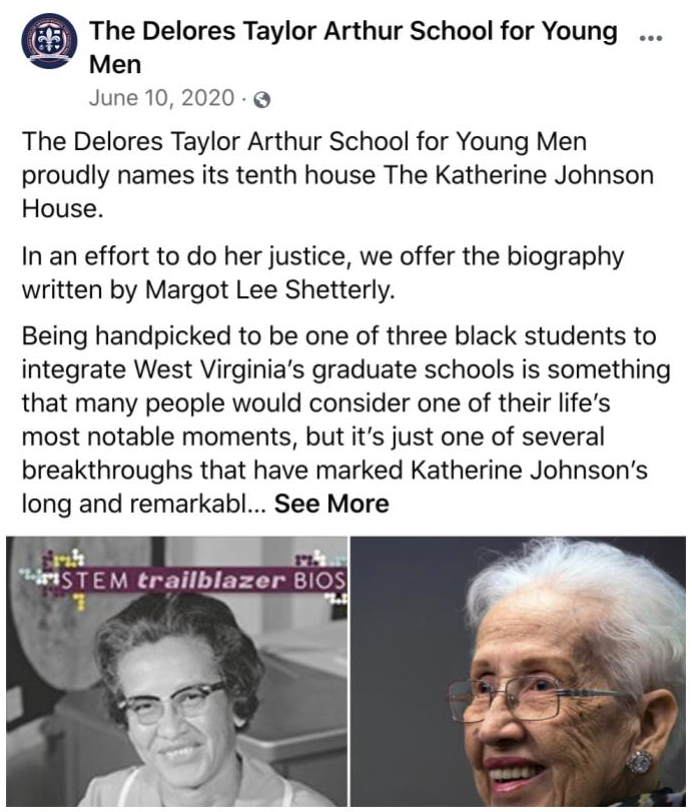 The houses are each named for leaders Arthur and his team chose as role models for their students, like Ella Fitzgerald, Cesar Chavez, James Baldwin, J Earnest Wilkins, and Muhammad Ali.

Each house will be led by a faculty member who makes a point to know each student well.

“When students walk through our doors, there are going to be people that know them and know their story, that are taking the time to know where they come from and help guide them in terms of where they’re going.”

Arthur chose these faculty members carefully. When he describes them, it is as if he is listing the starting lineup of an all-star team.

“Kenneth LaFrance,” he explains, “is a thirty plus year veteran who has taught everywhere from McMain to Franklin to Dominican to Sacred Heart…He is one of the most phenomenal math teachers you will ever encounter. His energy and passion is unbelievable.”

“Karnessia Georgetown graduated from Yale with a degree in economics. She has done a lot of work with teaching and tutoring math, especially in small groups.”

“Or one of my former students, Daniel Garrison…he grew up in the community and he is going to be our social studies teacher. He spent a year getting his master’s [degree] in Teaching and

Learning at the High Tech High Graduate School of Education. He is a warm and wonderful activist.”

Since the summer, Arthur has been shouting out his teachers one by one with long announcements on the school’s Facebook page. 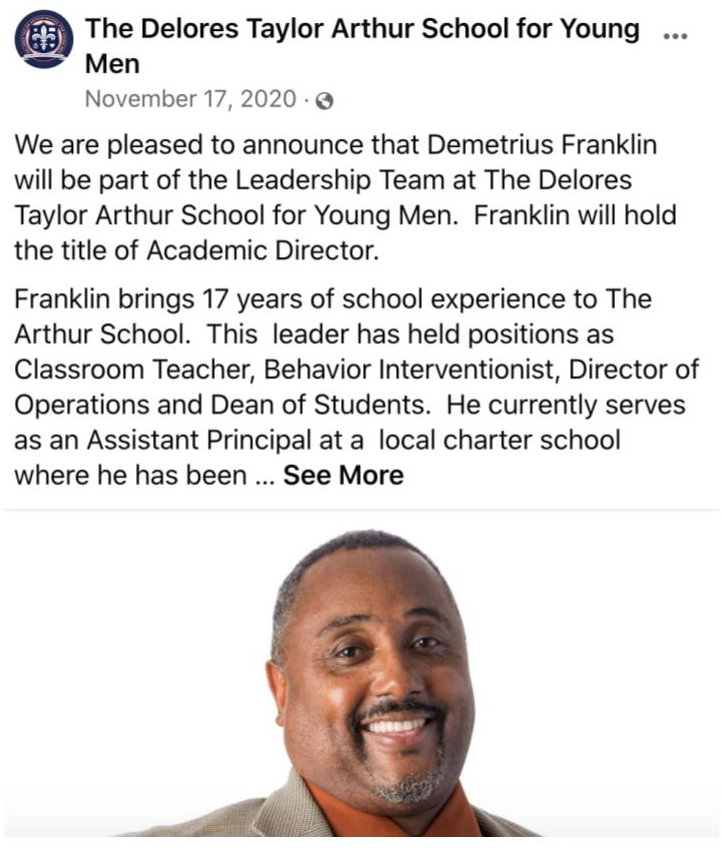 “For me, it was really about bringing together faculty that understood success and has the ability to coach and push and nurture students in that direction.”

The Arthur School faculty are powerful academic leaders, but Arthur has also chosen educators with empathy and a positive mindset about school culture. The Arthur School’s teachers will see the best in their students and are ready to address struggle with compassion.

“How do you encourage strong behavior in students? You model it, you give them a place that is open and you have adults that care about them….We aren’t in the business of throwing out the ones that are troubled. We are in the business of growing young people and preparing them to take their place in the adult world, and that means the onus is on us.” 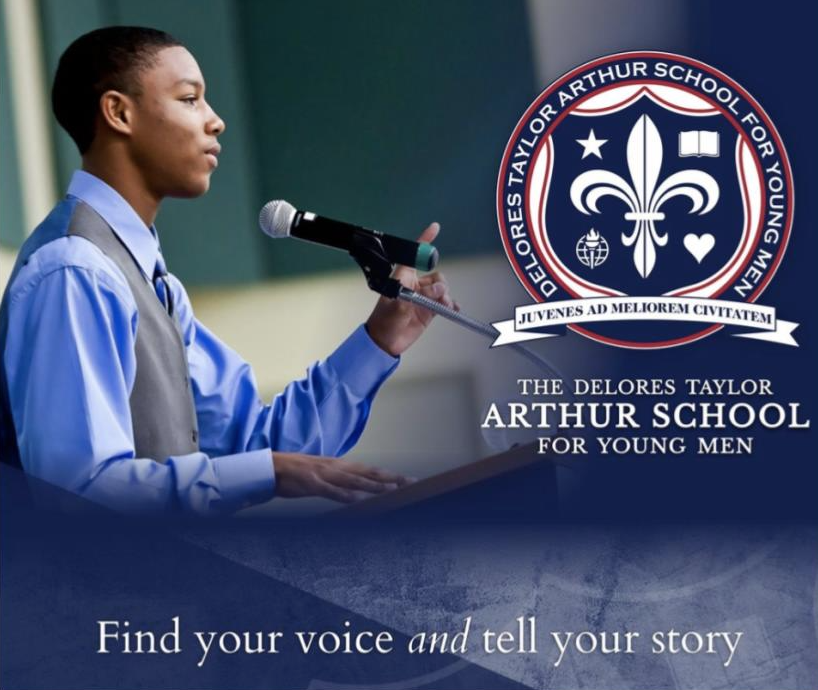 This takes on particular weight in a school geared toward young men in a city where most public school students are Black or people of color. The Arthur School will be a place, says Arthur, that combats dangerous, false narratives about young men of color.

“It is about changing the narrative – understanding the emotional struggles that boys of color have. Boys of color are never perceived by their teachers as being victims or vulnerable. They’re often perceived as being aggressors. And that’s something for us, we have to change that narrative.”

Doing that, and building every aspect of the Arthur School, says Arthur, will be rooted in love.

“The most important part is the love piece,” says Arthur. The boys are never going to love and respect the school if the school doesn’t respect and love the boys. The school has to take the lead.”