On Mondays at 12:30pm, Patrick Dobard, CEO of New Schools for New Orleans, hosts “Talking NOLA Schools” on WBOK 1230 AM. In June, he spent the show talking with Frederick A. Douglass High School principal Towana Pierre-Floyd.

In their conversation, Ms. Pierre-Floyd discussed the legacy of New Orleans’ schools, helping students process racial violence, and the way Douglass nurtures “Black girl magic” and “Black boy joy,” and more. We share some of her thoughts here, and you can catch the full interview here.

On rewriting the narrative about New Orleans schools before Hurricane Katrina

“What so many people were saying when we came back from Katrina was that ‘schools were so terrible before’ or that ‘schools are so great now,’ neither of which were entirely true.

[…] There are a lot of people […] so many, I think, great New Orleanians, who are produced by those systems and who are erased when we just say, ‘oh, this school was bad, it did not produce greatness.’ My family would be erased, because all of us were born and raised here, and we’re a product of the public school system in particular.

So when I think about legacy, [I think about…] retelling that story and making sure that we do not falsely tell this one-sided tale of ‘schools were bad and now they’re good’ because there’s so much nuance missing in between.

Are there people who are incredible? I am so grateful for so many in my own life. And I know that all of us in New Orleans who went through the [public school] systems have so many people they could name.” 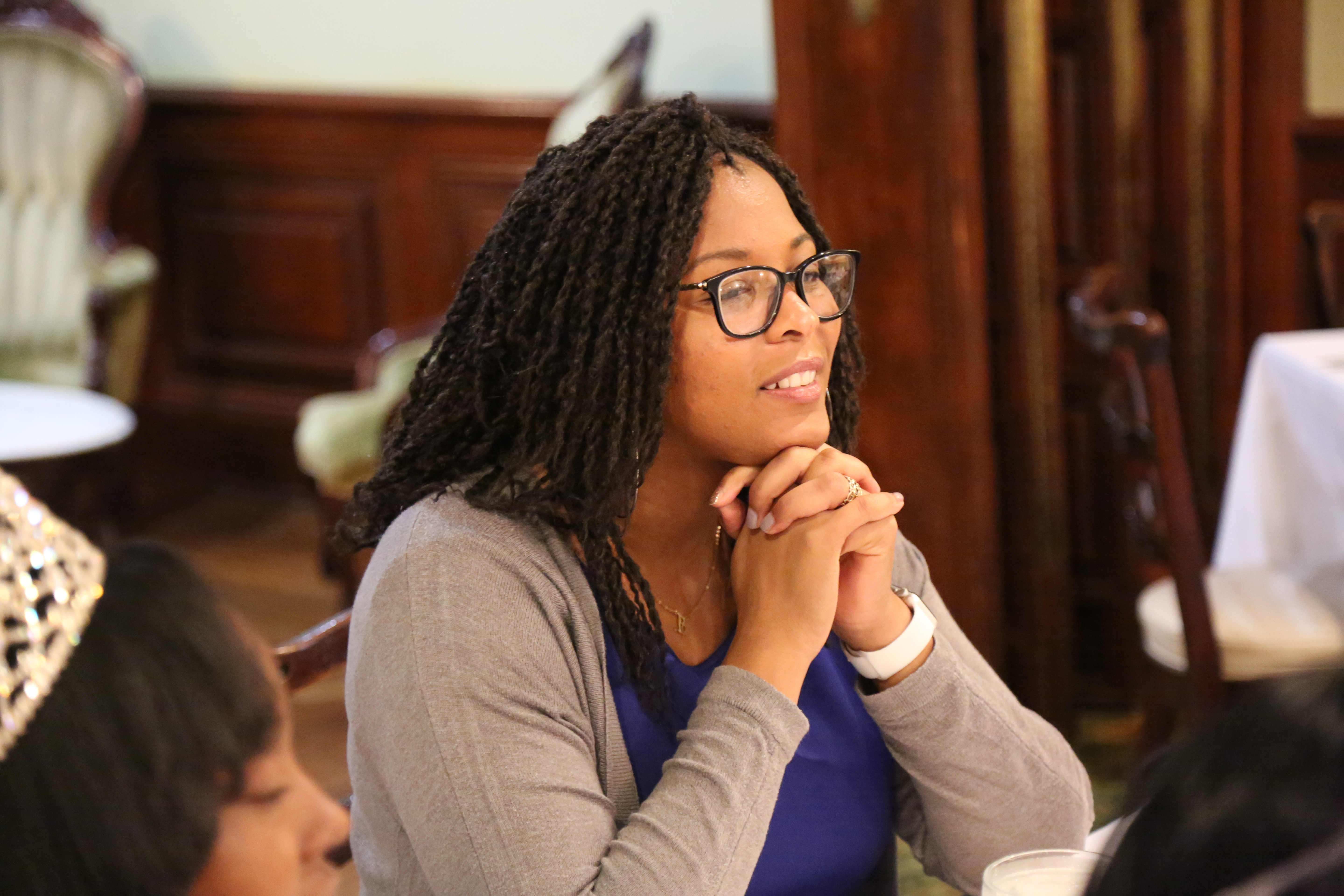 “I think what’s been so special for us at Douglass in reclaiming the name is that we have such a beautiful alumni association […]. Pretty immediately, once we changed the name back, there was a connection that I don’t even know that we realized we were missing, where not only do you have these incredible alumni literally giving back—they gave us $2,000 to help the kids get to Belize last year, they’ve given…scholarship money to kids […] but even bigger than that, like being there when our kids are walking down the street for parades.

On sending her son to Frederick A. Douglass High School

“The minute I stepped foot into Renaissance, when Coltrane, my oldest—who is going to be a senior—was a fifth grader KIPP Believe, I knew that it was really important to make sure that the school that I helped to create in that four year window before he had to go to high school was one that I would be really proud to send him. 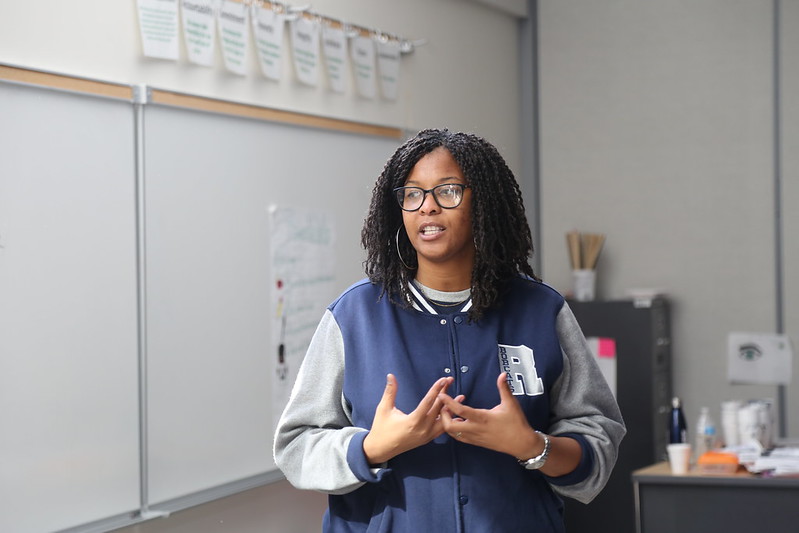 On supporting students through the trauma of racial violence

“You can’t watch what’s happening without some level of personal trauma. Watching Breonna Taylors’ murderers still not face justice […] and knowing that the Casual Killing Act of 1669 is the policy that precedes all this and that it is still, in so many ways, alive and well in our country—it is a challenge.

As a Black woman leader, it’s impossible not to lead with emotion. But it’s also incredibly draining. As you can imagine, as a mom, it’s terrifying to think I’ve invested my life, and will continue to, into my boys—and they’re my world—and because of the state of this country, they could be literally taken from me. So I don’t have the best words for that.

I think one of the things that we value deeply at Douglass that makes me really proud—it sounds small, but I think it’s really big—we actually prioritize for Black boys and Black girls, the ability to be boys and girls […] one of the things we know happens frequently to Black and Brown kids is that the world treats them as older and less innocent than they are, and we try really hard at Douglass to preserve that innocence.

And so even if you have the weight of the world on your shoulders, […] in this space, and with these people, we want to make sure you feel like the sixteen-year-old you are. And you can be as silly and as goofy […] as feels right to you.

We try really hard to interrogate our actions and our policies to make sure that they are written and executed in a way that honors their youth and honors their stage of life.

I think beyond that, it’s also […] arming them with information, letting them know that this is not a situation where you are being targeted because you’ve done something wrong. You’re being targeted because the country was designed to target you. […] We don’t have perfect answers, but we want to engage them in that fight by giving them the information they need, and […] making a space where their […] Black boy joy and Black girl magic can be honored and appreciated and shared.”

You can learn more about Frederick A. Douglass High School here and listen to the full conversation (and all our WBOK recordings) here.