“This is your teacher, Ms. Davis.”

How Artisha Davis innovates, academically and socio-emotionally, at Rooted School

“Here at Rooted,” explains Artisha Davis, a senior math teacher at Rooted School, “we focus on radical transparency: I never said I wanted to be a teacher. Teaching was never a part of my script.”

But she had a bachelor’s degree in math, a minor in computer science, and was working on a graduate degree in engineering management. A few years ago, someone told her about a math position opening up at a local high school. She was in graduate school and working at Whole Foods, and an acquaintance insisted she should look into the job; she was an expert in math, after all. She applied. 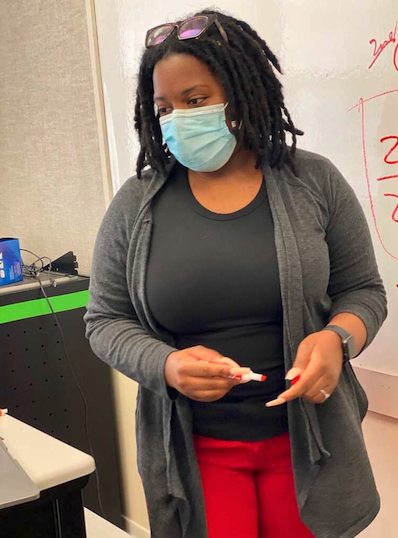 When Davis finished her sample lesson, a student stood up and pretended to block the door. He asked her to stay and keep teaching. She went home that day and decided to take the job. The next year, she won Rookie Teacher of the Year. The year after that, she was the math content leader at the school.

Davis was eventually drawn to switch schools; a former colleague had moved to Rooted and asked her to join. And though her first year has been amidst a pandemic, she and her students are thriving. 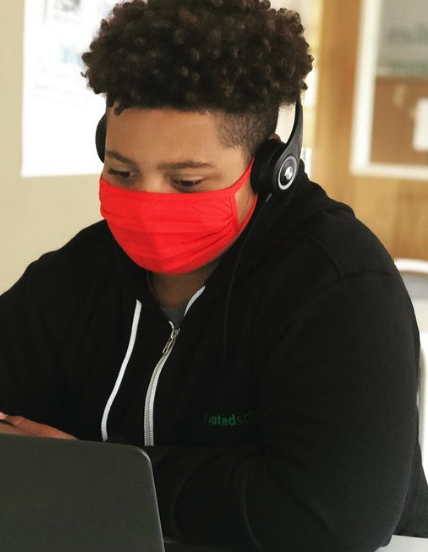 Davis is an innovative teacher within an innovative school. Rooted is a New Orleans Public School that aims to help students graduate with “a college acceptance in one hand and a job offer in another.” To prepare for that, students have a great deal of self-direction, and in addition to the state standards, they learn skills, like 3D printing and software development, that can prepare them for well-paying jobs in high demand fields.

In this already-flexible environment, Davis is constantly reworking her materials, based on what students need.

“You make these lesson plans, but by the end of the week, you didn’t even use that lesson plan – you changed it two or three times.”

When classes were virtual due to COVID-19 precautions, Davis was able to see students’ progress online each session as they worked. Students can also “share” the work on their own screen with the class and type into a shared group chat feature. Davis made the most of this.

“I’ll say, ‘Mary, I see you’re having an issue here with number two, can you share your screen with the group? I’m seeing a lot of you are having issues with number two. Let’s explore that together. Is everybody listening? Drop into the chat if you’re listening.’

This engagement facilitates understanding and success – the highest passing grades in the school have been in Davis’s class. 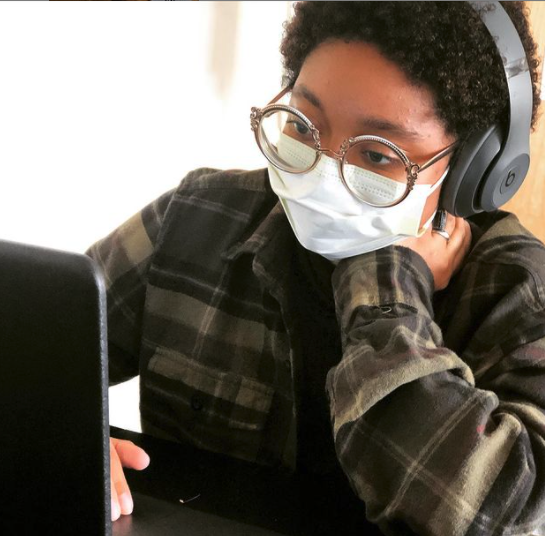 But her innovation also extends to the social-emotional realm. Rooted is a “trauma-informed school,” which means their programming, from their academic model to their response to difficult behaviors, is based on an understanding of the impact trauma has on students’ experiences.

For Davis, this is meaningful both personally and professionally.

“The area that I’m teaching in is the same area that I grew up in, so I can relate to the students on levels that some people just wish,” she explains.

“A lot of that same trauma that some of my students are going through? I’ve been through it two, three times. When I have students that open up I’m like, ‘oh I’ve got that, I’m living witness here, we can push through it together. You may not be able to do it by yourself, but that’s why we’re here.’” 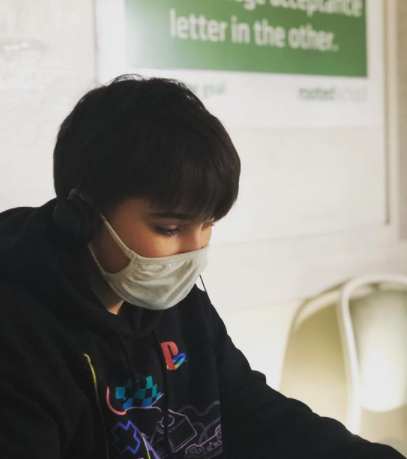 Davis builds strong relationships quickly and leverages them to provide support. When she can tell that a student needs help, she steps in. This fall, when James*, who had previously had strong attendance, stopped logging onto class, she called him on the phone. They’d never met in person, because of the pandemic.

“‘I said, this is your teacher Ms. Davis. I need you to do a 360.’ And he explained what he had going on…and I had to give him the tough love. I said, ‘you want to talk life? Let’s go.’ For a second, I thought he was going to hang up…But he went to talking, and I went to talking back, and we went back and forth about life…I said, ‘don’t close the door on yourself.’”

James had been thinking about dropping out. With Ms. Davis’s encouragement, he decided to start logging on to school again. But as the semester was drawing to a close and school ended for winter break, he still had work to make up in a number of classes.

“I was like ‘look, I’m willing to meet you to help you. Where do you stay? Mid-City? Okay, the CC’s on Esplanade.’”

CCs had tables outside that allowed for social distancing. Ms. Davis asked James to ask his parents for a ride and meet her there at nine a.m. the next day.

Then, she called up another student who had been having a hard time.

She was. Ms. Davis arrived at CC’s at eight. The students came an hour later and she bought them breakfast. They worked until 2:30 in the afternoon, catching up on material from different classes.

Both students finished enough work to get A’s in Ms. Davis’s class and make up assignments in other courses, too.

Now, as we near the end of the second semester, Ms. Davis is continuing to push and support her students, socio-emotionally and academically. She says that having an advanced math background helps her meet her students wherever they are. If they have a tough problem they’ve come across, she feels ready for anything.

She brings that same message, it seems, to any problem a student might bring her way, whether academic or not. While Ms. Davis is an innovator, she makes it clear to her students that they are, too. She talks about how she tries, as often as possible, to have her students teach one another.

“That,” she says, “is student empowerment–when they feel that they can conquer anything.”

*James is a pseudonym