The Louisiana Department of Education has released initial data showing student progress results from the 2017-18 school year. As part of this first year of implementation of Louisiana’s Every Student Succeeds Act (ESSA) Plan, school performance will be measured using a revised approach. School Performance Scores will now incorporate student growth as a critical element of the formula using a new component called the Progress Index. Student growth measures students’ improvement from one year to the next on state assessments. This measure complements student achievement, as measured by performance on the most recent state assessments, to provide a more complete picture of student learning. 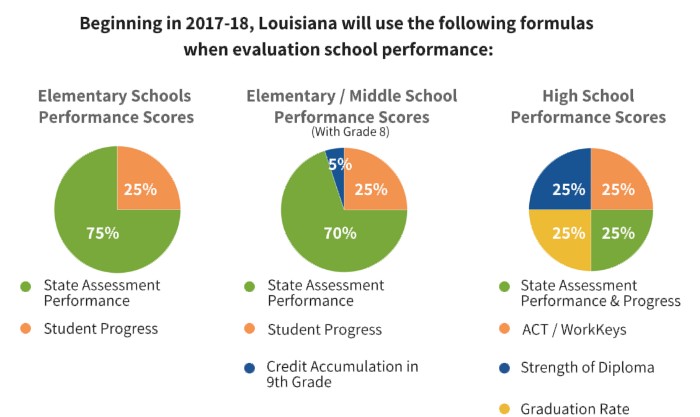 Students’ results are classified as “top growth” if they meet one of the following three criteria:

Percentage of Students Demonstrating “Top Growth” in ELA and Math 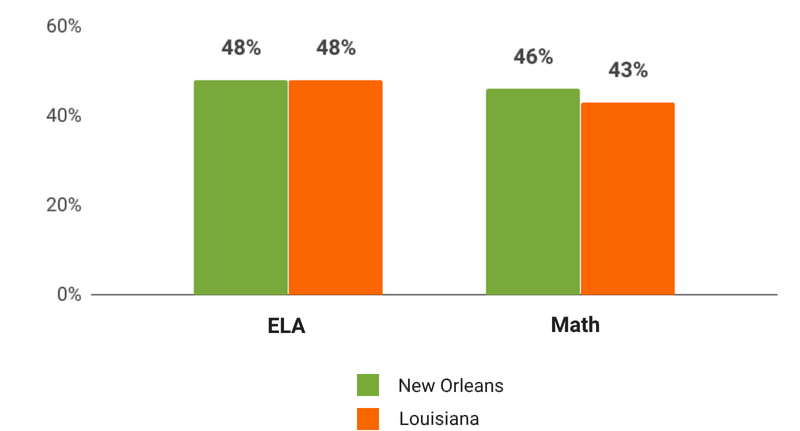 Congratulations to the following schools with the highest “top growth” percentages in ELA and math! These schools are the top five open enrollment schools in each subject area for grades 4-12 in terms of student progress. 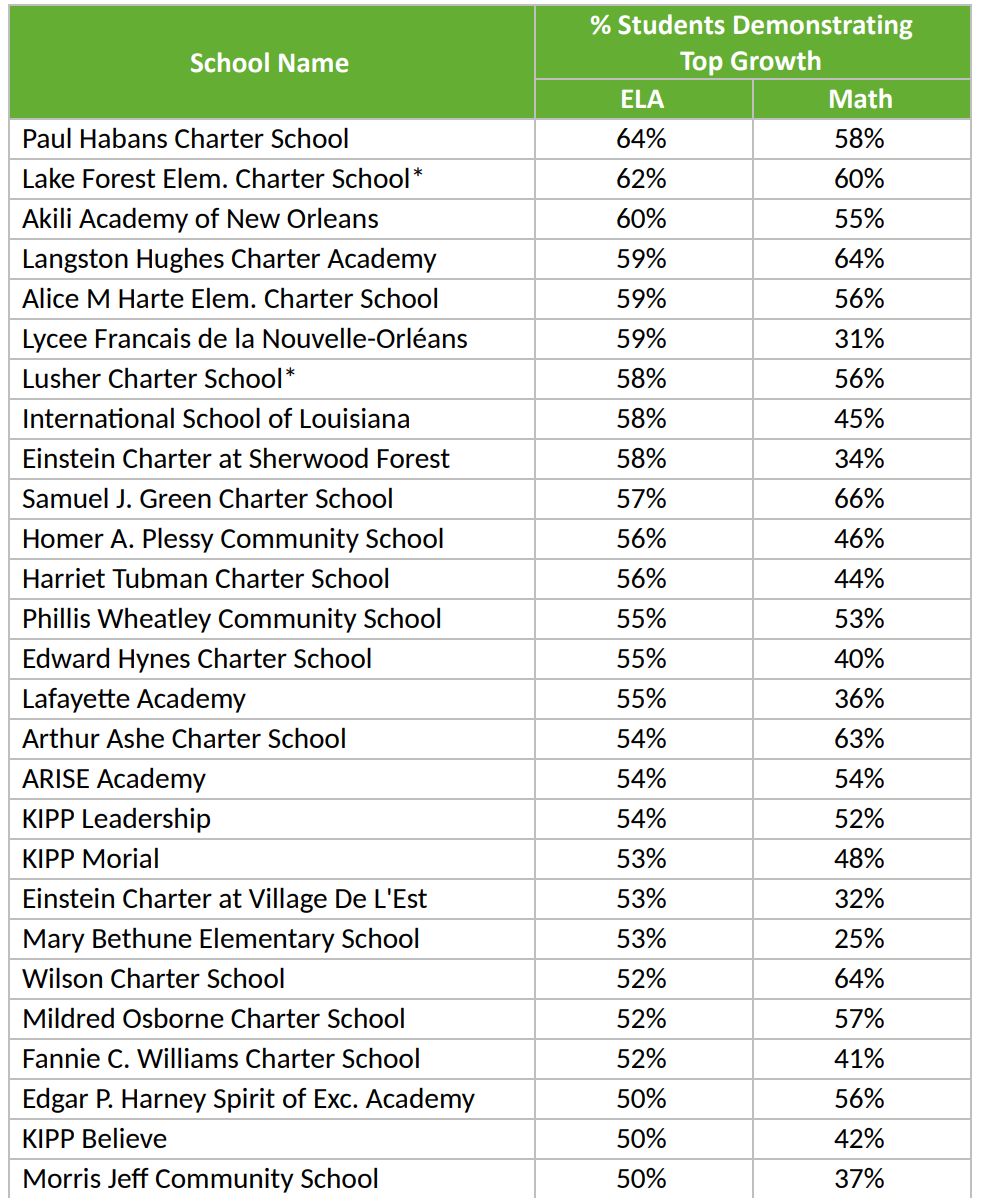 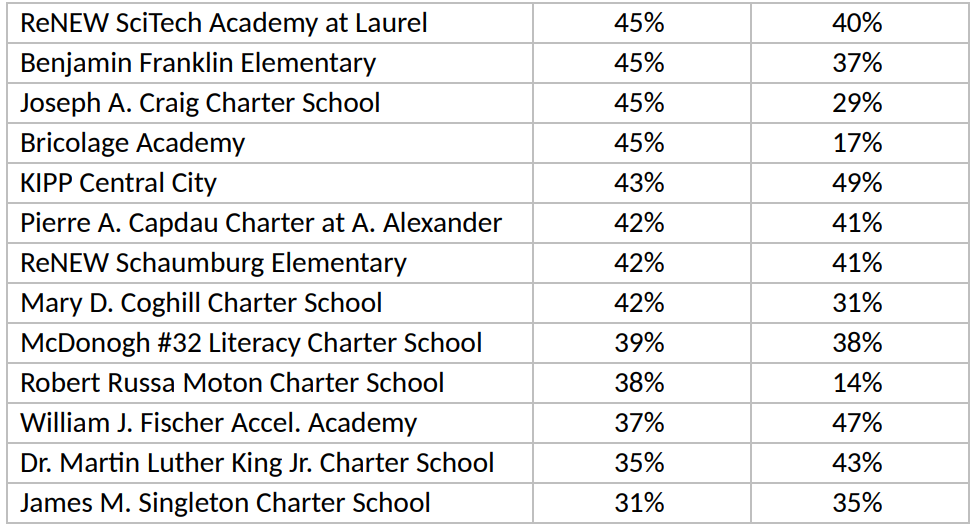 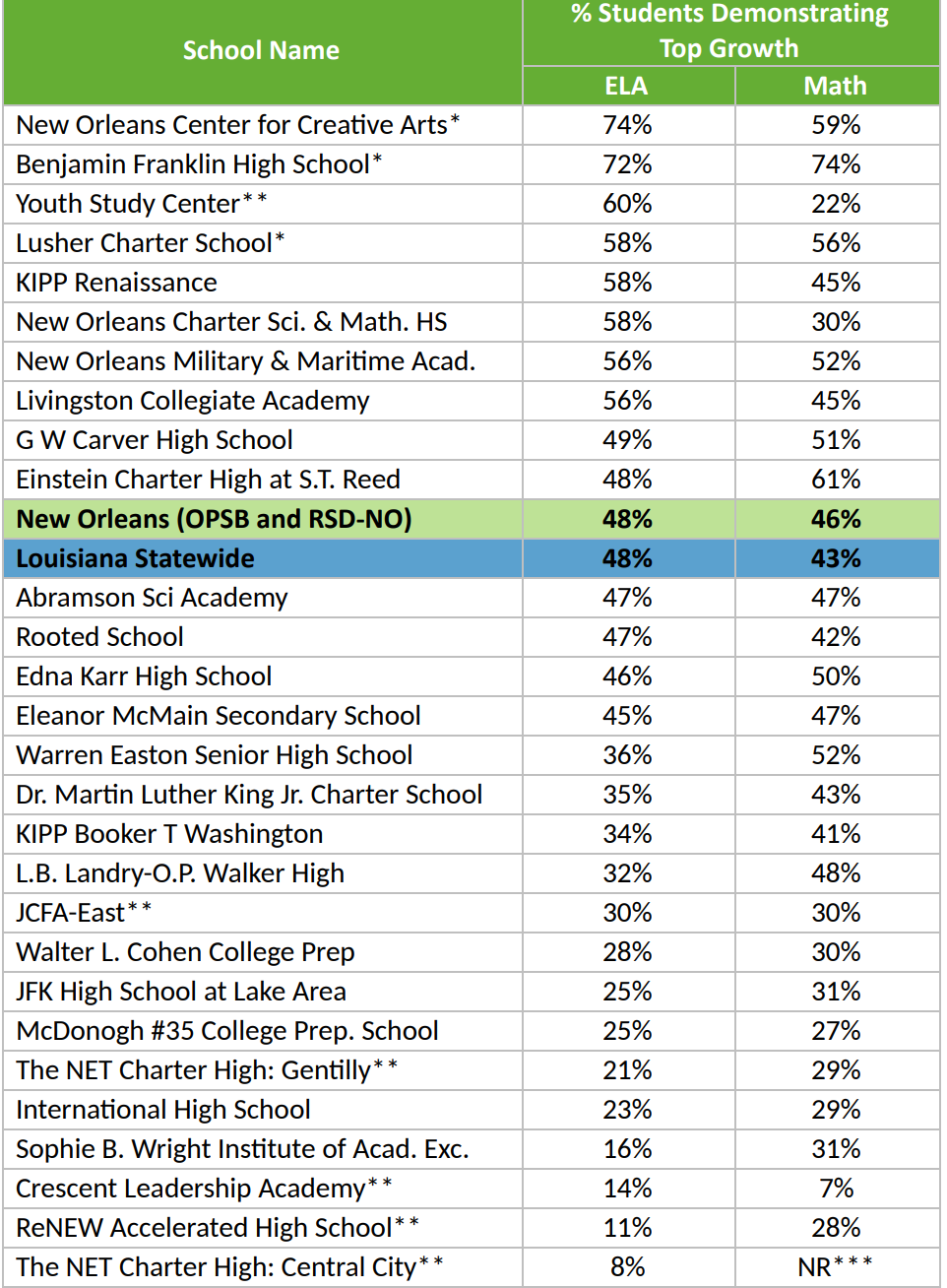 Notes: In both the elementary/middle school and high school tables, schools are ranked by the percentage of students demonstrating “top growth” in ELA. Also, the five schools that were closed or transformed after the 2017-18 school year have been excluded.

The Louisiana Department of Education also recently released 2017-18 Advanced Placement (AP) exam results. In New Orleans, KIPP Renaissance High School showed the most improvement between 2017 and 2018 in the percentage of students achieving college-credit qualifying scores. Students earning scores of 3, 4, or 5 increased from 16% in 2017 to 22% in 2018. The 2018 results also represent a total increase of twelve percentage points since 2016, when the percentage of students with college-credit qualifying scores was 10%.

For more information, please review the Louisiana Department of Education’s press release, which includes further information about the new accountability system and statewide performance as well as links to all available progress results data.