“Unwavering Belief That All Children Can Learn” In her past role as principal, Tarynesa “Terri”  Williams never scheduled a meeting before 8:00 AM. She had somewhere important to be at 7:30.

“Every morning, I would stand at the door and welcome kids. It was important to me that I greeted every student, by name, every single day.”

This August, Terri Williams will open the doors of Hynes Charter School at Mary D. Coghill Elementary as its new principal. Williams plans to start the day by welcoming students as they come in, just as she has before. She does this for a reason.

“Children need to know they aren’t going to fade into the background. Kids need to know that they are an integral and welcomed part of the school community.”

Williams knows this has to be conveyed not just in a single greeting, but throughout a child’s entire school day.

She aims to fill even small moments with evidence of care. She says if she finds herself walking down the hallway and a student is passing by, it is an opportunity to connect. “I’m going to strike up a conversation,” she explains.

She hires staff members who feel the same way.

“Teachers and other staff members are going to strike up a conversation. We’ll ask about their little sister’s dance recital, the new baby in the family, or how grandma is doing after her surgery. Children share these experiences because it matters to them. For my team and I, it’s about building relationships and letting kids know they matter to us holistically — beyond the walls of a school building. The goal is to ensure that kids feel valued, they feel loved, they feel accepted as they are.”

It is important to Terri that her entire team has this perspective. She wants their collective actions to resound loud and clear to all students — “you are going to have multiple champions at this school, because we love you and care about you deeply.”

This applies even to when things go wrong. When a child acts out, Williams and her team plan to engage with them.

“We understand that they’ll have bad days. We all do. But in those moments, we should have grace. And we talk with them, not at them. Children need to understand they are a part of a village that loves and cares about who they are as individuals.”

This strong culture will be the foundation for a rigorous academic environment. Williams holds a Master of Education in Educational Administration. When she was leading Robert Russa Moton Charter School, the school had the second highest math and reading growth scores citywide. She has been an educator for decades now, but some of her best preparation for her work today came from when she was a New Orleans public school student herself. Williams attended McDonogh 35 High School.

“Our principal, Ms. Cynthia Caliste, just made us feel like we were the best and the brightest students in the city. She really held us to high standards, and as a result, even when I’m working today, I still hear her voice always encouraging us to do our best and be the best that we can be.”

And Williams takes after Ms. Caliste in this way.

“I believe in the value of having high expectations and just having this unwavering belief that all children can learn and perform at high levels. We have that alike.”

This belief drew Williams to Hynes, whose original site in Lakeview has received an “A” school rating for years from the state. Their reputation for providing a great education has left the school in high demand from families citywide. “Hynes-Coghill at Parkview” will have the benefits of the original Hynes’ strong academic structure and resources. All students that are currently enrolled at Coghill can remain enrolled. Many of these students represent a long line of family members who attended Coghill or Parkview Elementary School. 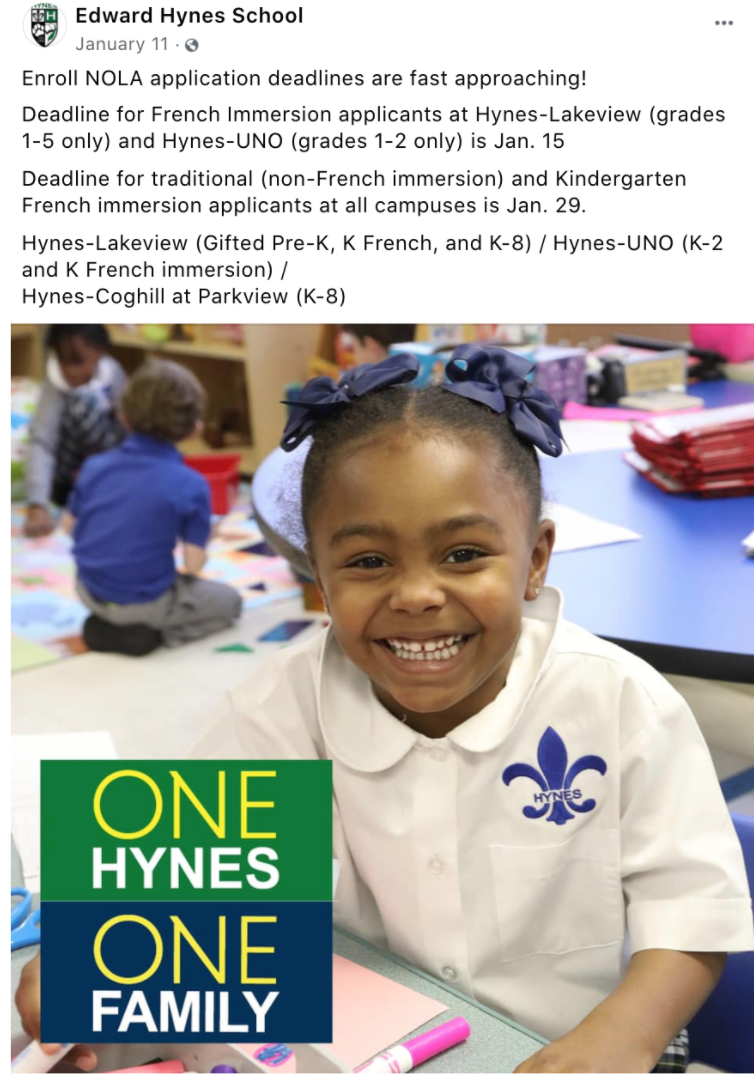 A social media post from January describes the different Hynes school options for the school year ahead.

“At Coghill, many parents in the neighborhood whose children attend the school, also attended the school. In some instances, even the students’ grandparents attended the Coghill when they were in elementary school. The Gentilly/Pontchartrain Park community is a place where they really love and deeply care about each other. Hynes-Coghill at Parkview will continue to be a true community school,” Williams says.

And Williams is determined to ensure that, even though Hynes is becoming a part of Coghill, Coghill still belongs to its community and neighborhoods, Gentilly Woods and Pontchartrain Park. Over the past few months, Williams has connected with people from across those neighborhoods, including presidents of homeowners’ associations, parents, Coghill and Parkview alumni, and students.

“Coghill is in this really historic neighborhood where people are committed to the community, the school, and its success. So I felt like merging the greatness that already exists in that school community with what Hynes had to offer was a win-win situation. We would love to have all the school-aged kids who live near here to attend.” 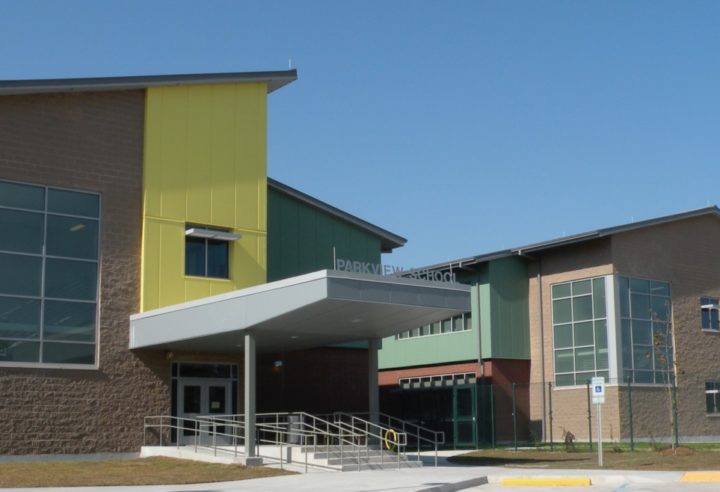 Hynes at Coghill will be located in the Gentilly Woods Parkview building.
(Photo credit: NOLA-PS)

Williams says she will work with students and parents to plan community engagements events like barbecues, crawfish boils, and other school sponsored activities. She is excited for this. After almost a year of planning and preparing with the support of the Hynes Charter School network, New Orleans Public Schools, the existing Coghill team, and the community, she cannot wait to begin and meet her students.

“As a native New Orleanian and a former NOLA public school student, this assignment is personal,” she says. “All students deserve a rich, rigorous, quality education that will help shape them to face the challenges of a changing world. That is what the Hynes model provides. Merging the greatness that exists within all three schools: Hynes, Coghill, and Parkview to create a top notch ‘super school’ is what I’m looking forward to the most!”