“I remember walking on these steps”

Fred Dobard is 90 years old. He is the father of seven, including NSNO’s CEO, Patrick Dobard, and the grandfather of 21, with a host of great-grandchildren. In 1949, he graduated from Booker T. Washington High School, which returned to its historic site at 1201 S. Roman Street earlier this year. We spoke to Mr. Dobard about his experiences at the school in the 1940s.

When did you attend Booker T. Washington High School?

What was it like to attend Booker T. Washington?

It was great. It was a trade school and you could learn different trades. They were teaching auto mechanics, printing, agricultural, electrical, and bricklaying. I took the agricultural track, but I picked up electrical as I went along.

Booker T. helped me nurture my natural curiosity. I might ask Mr. Stewart, the auto mechanic teacher, about a car, and he’d tell me. It’s how I got interested in tinkering. I just picked up on stuff and went from there.

Fred Dobard with two of his sons, Patrick and Fred Dobard, Jr. at the ribbon-cutting ceremony for the new Booker T. Washington building

Who were your teachers?

Mr. Merrick was the agriculture teacher. He was a very nice fellow, raised from the country, and knew a lot about growing things.

Mr. Von Prieu was the printer. I never was in his class but I used to see him and talk to him. Mr. Barton was the electrical teacher. Mr. Martinez was the bricklayer.

The principal was Mr. L.D. Crocker. Mr. Crocker was the type of principal that when it was time to go to class in the morning, he would be standing right there at the staircase watching everybody go in. And if somebody was lagging in the hallway or something, he’d say “young man, where are you supposed to be? You better get to class. You’re here to learn, not to walk in the hallway!”

Ms. Hilda Conway was my homeroom teacher. We were in room 202. She introduced me to Ms. Dotson, who ran student council. When Ms. Dotson was looking for someone to run for student council president, Ms. Conway said, “I have a young man here. I’ll introduce you.”

Did you join the student council?

I did. I started by campaigning for student government. I remember getting on the stage in the auditorium and looking out at 2,500 students. They were staring me right in the face. I said, “vote for me, I’m running for president of the student council,” and I won. I was the president of student council for three years. I was the only student who had come from Joseph Craig Elementary School who earned that position. It was the first time.

Later on, after graduation, when I was a film projectionist, I was a representative for the International Alliance of Theatrical Employees and Moving Picture Operators, Local 293 A. I was the business agent, and I was prepared for that leadership by being the student body president.

How else did Booker T. Washington prepare you for your future?

Mr. Sigur taught science, but I wasn’t in any of his classes. When I was a senior, he was a film projectionist at the Lincoln Theater after school, and he asked me if I had an interest in learning how to run the projectors. I said yes, I would like that. So while I was still at Booker T., he had me come to the theater after school so I could see the machine and learn how to run it. Eventually, he let me run it in the projection booth by myself, and after graduation, I worked as a projectionist for the next 40+ years. 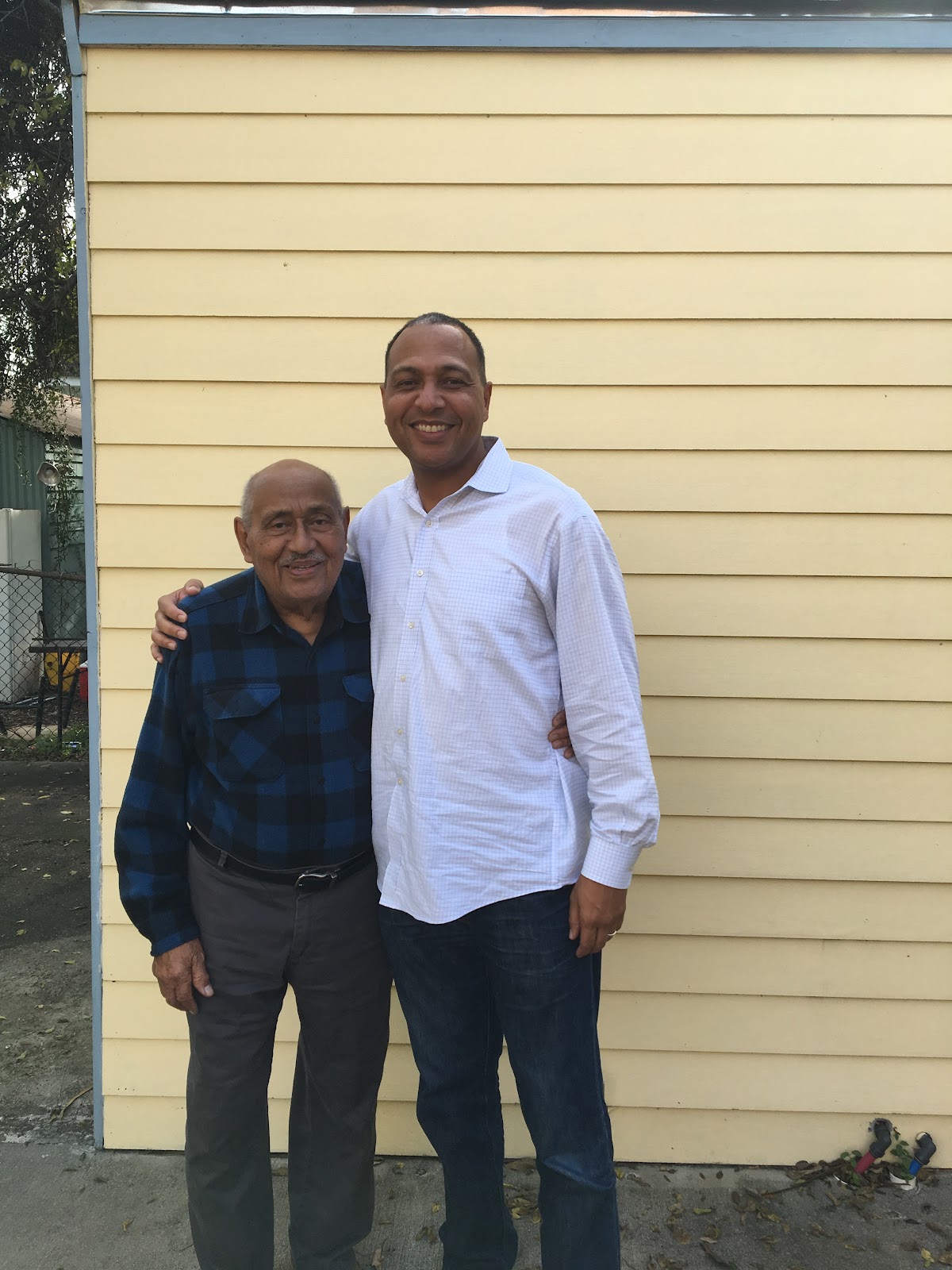 Why is the name, “Booker T. Washington High School” so meaningful?

Booker T. Washington was an educator. He wanted to let black people know you have the same opportunity to have an education from a qualified person. It was an all black school. You had black teachers that taught you. They may have been through hard times, too, and they felt that educating black children would give them an opportunity to elevate them.

Booker T. has a brand new building. What do you think of it?

The new building is very exciting. When I first went to Booker T. Washington, they didn’t have any lockers or ice water. One of my projects when I was student councilman was to figure out how we could get ice water. We raised the money to get two water coolers—one upstairs and one downstairs. We had cold water with a little faucet.

We also didn’t have lockers. They had indentations on the walls where lockers could go, but no lockers.  Now, it’s beautiful. It’s fantastic. When I walked in there, I thought, I remember walking on these steps—at 1201 South Roman Street—years ago, and now this is beautiful.

What do you hope for the Booker T. Washington students of today?

I hope they go there and learn, and say, I’m here to get an education. I hope they learn something they want to do in life and stick with it. I want everyone in that school to have a great education and keep going.

What do you hope for the teachers at Booker T. Washington?

I hope the teachers of today will take the time to lead students in the right direction, see that they get educated, make sure they do their homework and everything. I want teachers that say, “I’m here to educate you, that’s my prime-time, to educate you.”

I hope to have qualified teachers that take an interest in learning what they need to know. I hope the teachers remember they were a young kid sitting there at one point and their teachers taught them, and now they’re coming up and they’re going to teach these new little ones. That’s what I hope happens at Booker T.—teachers help the students learn and stay on track and let them know “this is what you’re here for. This is what education is all about.”

What does it mean to be a Booker T. Washington alum?

As a Booker T. alumnus, I was a student in a school that was interested in the education of black children. Every one of those teachers I went to, they all had an interest in teaching black children. And we came up in segregated times – I went through it. I know something about it. I know how I was treated and everything. But I feel that Booker T. Washington School was the foundation of an education for black students, and it will always be in my memory that Booker T. Washington was an educator for me.