In the December 4th edition of New Orleans CityBusiness, NSNO highlighted the ongoing efforts of the operations team at Harriet Tubman Charter School, part of Crescent City School’s network of schools, during this unique school year.

When the first COVID-19 case was confirmed in New Orleans last March, our school teams were called to make rapid, enormous changes.

Operations staff were instrumental in this. They turned on a dime to manage distribution of meals, materials, and technology. Immediately, they were helping manage the complex tools and logistics of distance learning. And now that our school buildings have reopened, they’re also helping students and staff stay healthy and safe inside. 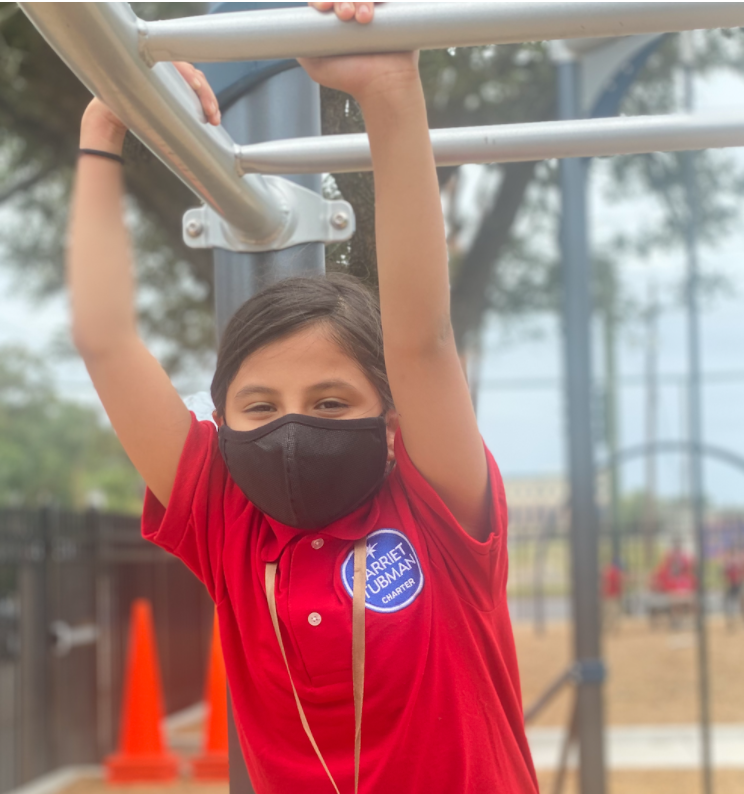 At Harriet Tubman Charter School, Joshua Blount and Herb Patterson are calm and confident, despite these challenges. Blount is the Director of Finance and Operations (DFO) at Harriet Tubman Charter School’s Montessori campus, which educates students from PreK to 2nd grade. Patterson is the DFO at Tubman’s Campus for 3-8th graders (known as “Blue Tubman” because of its notable blue building).

Blount had been working in human resources at Ochsner Health System when he decided to change his focus to education. He joined the Tubman team in 2019. “I wanted to do something that made me feel more tied to the community, and is rooted in this idea of equity that Tubman espouses,” he explained.

Patterson has lived in New Orleans for the past twenty years. He received his teaching certification in middle school science from the University of New Orleans and has since worked as a teacher, a mentor teacher, an assistant principal, operations manager, and a dean. He holds a master’s degree in educational leadership.

As Patterson put it, his role today, like Blount’s, involves making sure “the ship runs smoothly, the bills get paid on time, our contracts are filled, our busses run on time, the kids are fed, and the lights are on.”

Now it also involves preserving the health and safety of children in the midst of a global health crisis.

“My initial response,” said Blount, “was that it was scary. Everybody was dealing with some anxiety around what was happening…not just for yourself but as a part of your community. So Herb and I did a lot of work in the spring just trying to make sure everything was running the way it was supposed to.”

This meant making sure all students each had their own computer, in part thanks to a grant from Verizon they’d applied for to boost their technology offerings before the pandemic began.

“Every kid, while we were virtual, had connectivity and the technology necessary to learn,” said Blount. “Which is incredible. And since the pandemic started, we were doing meal service at the Blue Building, sending home hundreds of meals each week.”

Now that all students citywide have the option to return to in-person learning, the logistics have shifted again, but Blount felt they were prepared.

“Now with kids back in the buildings, my initial reaction was still that it was going to be hard…but as an organization, Crescent City Schools has provided us with the tools we need,” he explained. 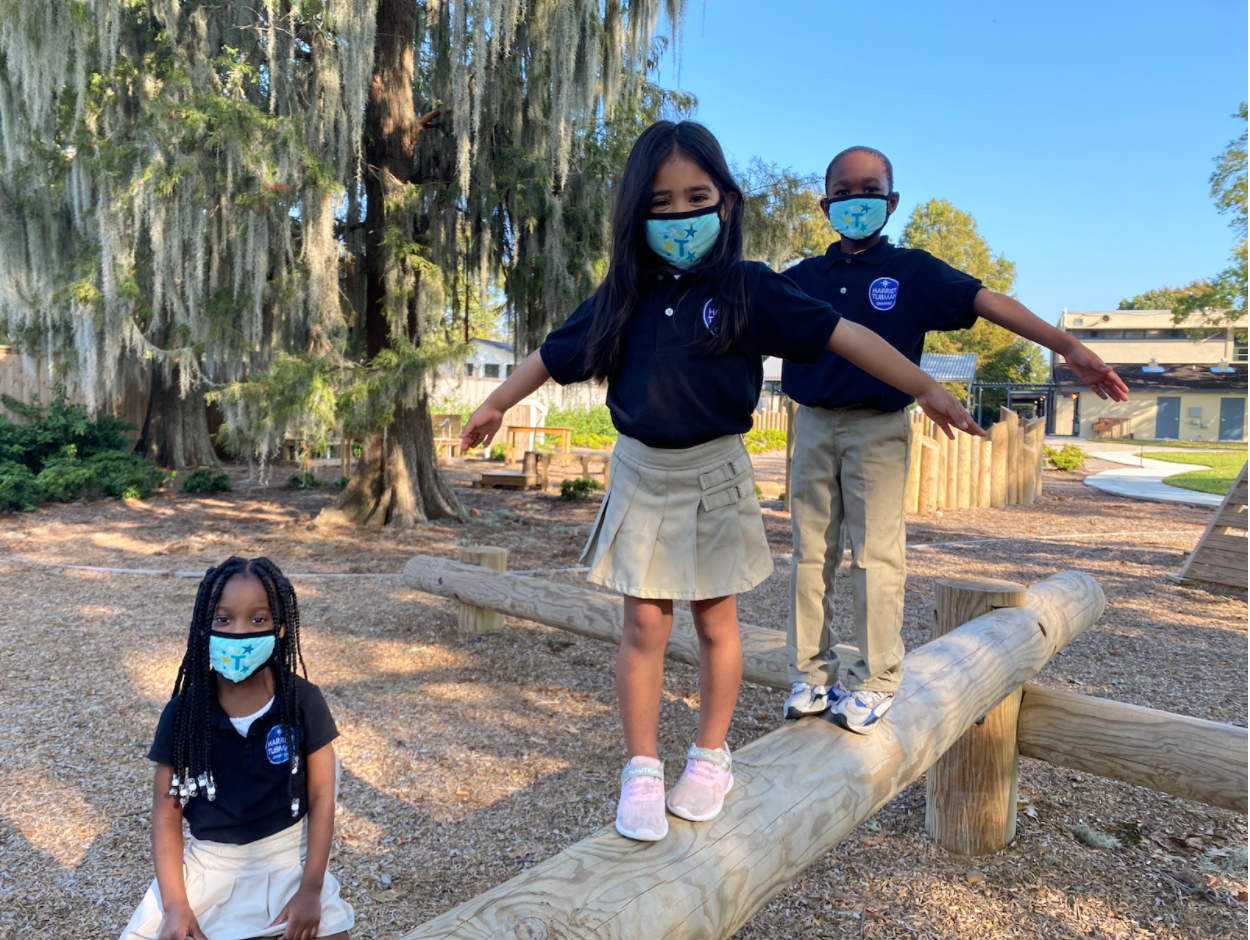 In-school staff were all given KN95 masks, and bus-drivers got KN95 masks as well as face-shields. All staff members were trained on how to use them and what the safety protocols were. They distributed hand sanitizer (made locally by NOLA Brewery) across the campuses.

The schools also contracted with Yanti Turang, the former school nurse at Tubman who has been leading the city of New Orleans’ COVID response at the Convention Center downtown.

“She’s been a magnificent resource to help guide us through this period,” said Blount. “She’s helped us determine what is safe and what isn’t safe, making sure our policies are aligned…she’s been here every week and she’s putting her eyes on things.”

Together, they make safety precautions easy to understand for children. The floor markers that show where to stand at a social distance are shaped like hearts and butterflies.

As they do this careful, technical work, Blount and Patterson are clearly focused on building a strong, positive environment in which students truly learn.

“We’re making sure kids feel the joy and the love, because they need that to grow,” Blount explains. 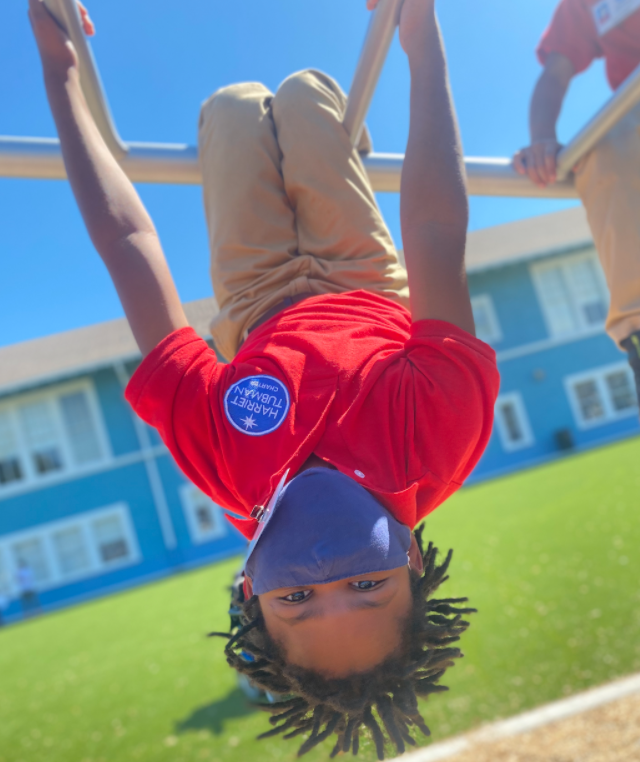 And for some students, that growth has been striking. Even in-person classes are heavily using technology. For some scholars, this mix has been a new opportunity to thrive.

Patterson has gotten to see this through a text chain with members of the Blue Tubman leadership team. He and his colleagues are celebrating the success they see.

“Throughout the day, we’re constantly getting screenshots of what the kids are doing in the Zooms. We see engagement, we see how excited they are to be learning in different ways. And some of the kids I knew peripherally in the hallways, for behavior or bus incidents in previous years? I’m seeing another side of them, seeing how different they are when they’re engaged in a new way. A lot of them are really into it.”

Even when students were doing fully virtual learning, the new format allowed for students and teachers to get to know one another in a different context. Patterson recalls logging on and seeing one fifth grade class in their advisory and enrichment time. They’d had a full academic day and now they got a special chance to collaborate and support each other.

“This young man was baking a cake for his grandfather. And he had the computer there in his kitchen, and he’s showing us all how to do it. The teacher’s walking him through, like ‘okay– the oven’s set to 350? And you said you don’t have butter? Do you have oil? You can oil the pan.’ And the class is watching, going ‘You’re stirring too slow! You have to get rid of the clumps!’ and ‘Wait, are you making cupcakes now?’’ It was basically team cooking.” 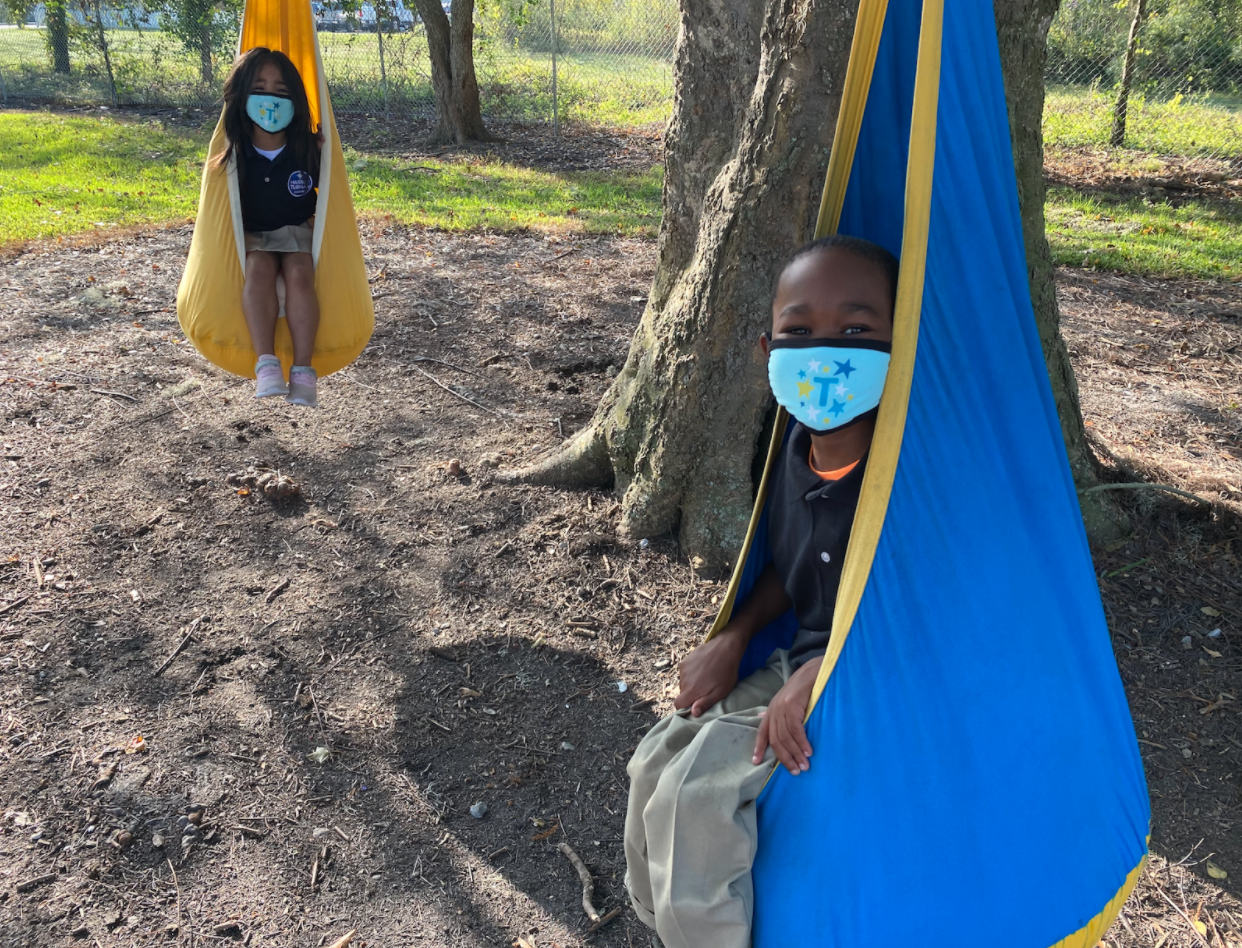 When students are on campus, the facilities Blount and Patterson care for facilitate moments of joy and collaboration outdoors, too.

Tubman’s expansion to 1,000 students in 2018 necessitated the need for more space. Tubman Montessori’s 11-acre campus was purchased and renovated last year, and now includes a 5-acre play yard with a bike track for trikes and bikes, an enormous slide, a “mud kitchen,” and climbing and swinging structures. 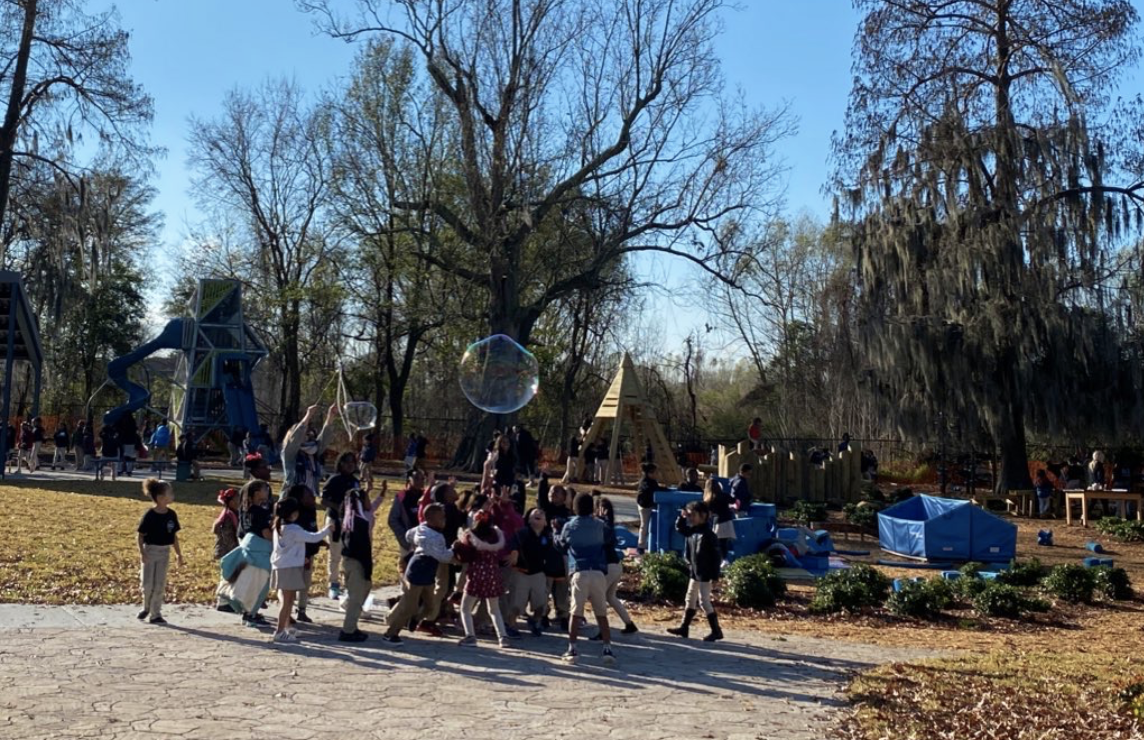 Montessori students on the new playground (before the pandemic)