McDonogh 35 College Preparatory Charter School has a long and powerful history in New Orleans. It was opened in 1917 as McDonogh Senior High School, the only public high school for Black students in the segregated school system. It was also one of the first high schools to re-open after Hurricane Katrina. In 2018, the school became part of the InspireNOLA charter network, led by Jamar McNeely. Mr. Lee Green, a veteran New Orleans educator, has been the principal of the school, now McDonogh 35 College Preparatory Charter School, ever since.

Frank Daggs is the Head Football Coach and Head Track Coach. Here, he writes about his work, his vision, and his students. He also reflects on his late friend and colleague, Mr. Wayne Reese, the legendary New Orleans football coach who passed away of COVID-19 this spring.

Athletics open up those opportunities for my student athletes. I’ve seen kids that had never gotten a chance to go anywhere, who maybe didn’t always have heat or lights in their house, grow up and go to college for free and travel the United States. I’ve seen them get master’s degrees and work in big companies. I’ve seen their careers and families grow.

As a coach, you see students develop over the course of the season, too. Kids can change a lot in that short time. You might start off seeing a student that’s kind of shy or not too focused. You might think, “I don’t know about this guy.” And then three weeks later or six weeks later? He’s a starter now. Because he gains that experience, he does his reps, and he came out of his little shell. Or she really pushed at practice and she has this confidence now.

Sports foster that type of growth and teach discipline. They also help you take your mind off things. Right now, that is important. With everything going on, sports let our children’s minds be free. 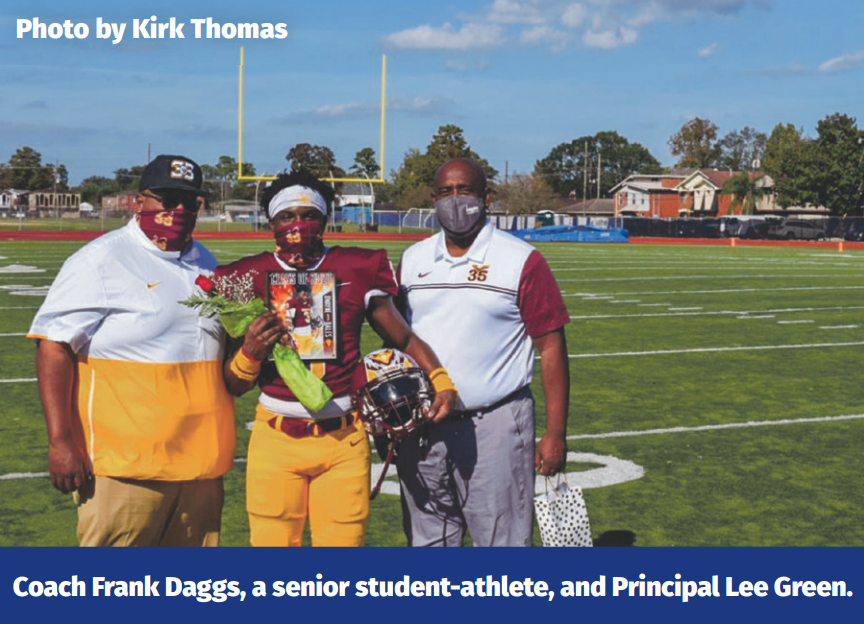 At 35, our children, our staff, and our alumni are also coping with the loss of Coach Wayne Reese, who was the head football coach here for seventeen years. Coach Reese was known and respected all over the city. He was about to be in his fiftieth year as a coach in New Orleans.

So many people miss him. I had the pleasure of working with him since 2003. It was many years of doing almost the same thing together every day—all season, we would be together. We would go on trips to conventions and camps. Whatever we did, we would do it together.

There are not enough words to describe Coach Reese. He gave his last to every child. He made everybody feel like they were important. I can’t wrap one word around him. He had so many years in the education system, and I remember the stories he could tell about people across the state and city and country. 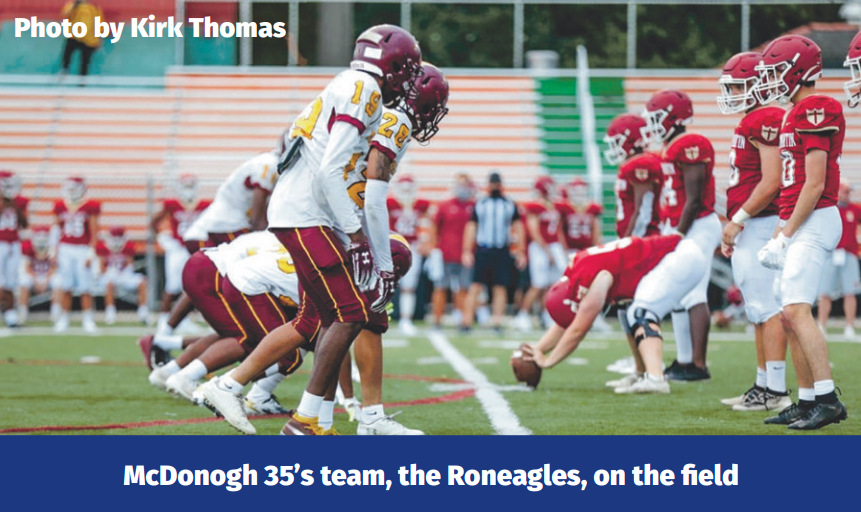 To be perfectly honest, the kids that are currently in college, they cherished him so much over the last few years, and it hurt them more than anything. They knew everything he did for them. Same goes for the kids that graduated 15 years ago, because Coach Reese’s son played with them, so it was a family issue there.

Now, as the Head Coach, when I’m faced with something, I think, “what would Coach do in this situation?” We’d sit down and talk about certain things, and I remember those conversations—a lot of things we used to say and used to do, I think back on.

I can remember the two of us going and talking to the families over the years, telling them that we were going to take care of their children…help them get college degrees. I will keep doing that.

And Coach Reese gave so much. He was so dedicated to his students and he offered up so much of his time and himself. We would always say, “we can’t keep doing it like this.” It’s true that it can be exhausting. But for half a century in this work, he never did stop giving and he never did lose that dedication. And I won’t, either.